With the erratic weather of late we thought we’d encourage Spring to take a stand and get the sun shining with our very own Lenny the Spring Lamb! Lenny’s very simple to make and will most certainly steal the heart of anyone he meets.

1. First we need to make all the pieces of Lenny. Its a good idea to start with his eyes as they need white sugarpaste, which may turn a little grey if handled after the black sugarpaste. Roll out 2 very small balls of white sugarpaste and gently squash a little. Then draw black dots in the middle with your edible ink pen.

2. Roll out 2 similar sized black balls and squash to form his ears – shape them a little, tapering one side to make a pear shape. Then use the small end of your ball tool to make indents in them.

3. Now take a walnut sized piece of black sugarpaste and roll into a ball. Then gently shape it into another pear. Flatten the top of Lenny’s head while almost pinching the underneath to make your pear a bit square. Finally, roll out 2 small sausages to form his front legs.

4. Making sure your hands are clean, glue Lenny’s eyes in place, followed by his ears. Then indent some nostrils with the small end of the ball tool and give him a smile with the scallop, comb and smile tool. Leave Lenny to dry.

5. Now take your cupcake. Flat ice the top with buttercream using your angled palette knife – don’t worry if your top isn’t perfectly smooth, just make sure there is a good layer of buttercream covering your cake and its not overhanging the case too much. Now turn the cupcake over and dip it in your bowl of pearls to completely cover the top.

6. Now its time to assemble Lenny. Push his head into the buttercream so that his chin is roughly in line with the halfway point of the cupcake top. Then put his feet in place a little below his chin. If you struggle to get him to stick, just move the pearls out of the way a bit with your ball tool, so you can see the buttercream, then pop him in. 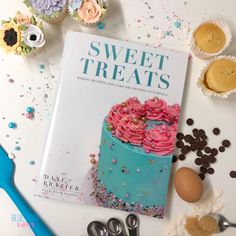 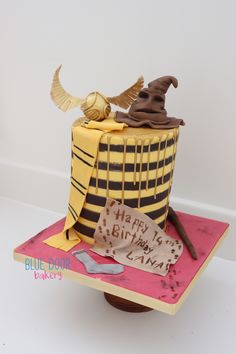 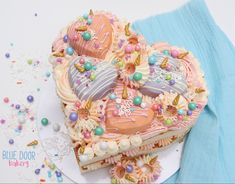